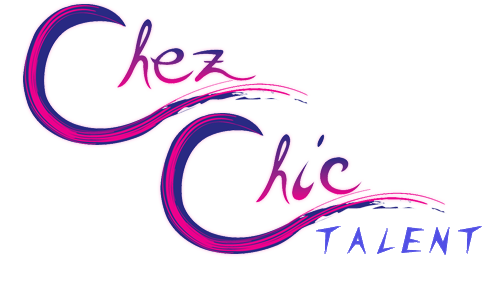 If you are a lover of all things Barbie, then you will be excited for the amazing and talented Kristina, who recently nailed a lead role in the new international stage show "Barbie Live."  Kristina plays Teresa, the best friend of Barbie, and together they mesmerize  audiences with one fabulous musical and dance number after the other.  The spectacle in this production is amazing.  Kristina starts her odyssey in Singapore, and wraps the tour 33 cities, 11 countries, and a year later.  Watch out when Kristina returns to the USA.  This is truly a beautiful girl on fire and we are very proud of her!

Look for a brand new women’s clothing line for winter sports coming out this fall called Snow Sugar.  This past spring our own Brittany was chosen for the spectacular Snow Sugar clothing line shoot by Los Angeles powerhouse fashion photographer Stephanie Girard.  This winter sports line launched in New York City this summer to rave reviews.  Campaign photos have appeared in Snow Magazine, Social Life Magazine, and you might actually see the collection in Shape Magazine just in time for your winter skiwear shopping.  Congratulations to Brittany for an exciting shoot and a great launch for this exciting line!

Chase recently shot a fabulous fashion spread in the Fashion Institute of Design and Merchandising's own glossy magazine "The Mode."   The spread showcased local fashion in Los Angeles and was shot is this gritty and vibrant urban setting.  As if his modeling and acting interests weren't enough--all the while pursuing his education at the FIDM--he has branched out into hosting.  He was selected to co-host the benchmark show of Spring Fashion Week in Los Angeles, the Fashion Institute's own Debut held at Barker Hangar at the Santa Monica Airport becausethe attendance is so huge.  The show was even broadcast over the air the following week.  Chase and his co-host rocked it!

The amazing Dominica nailed a prominent role as the nanny in the Joan and Melissa Rivers hit TV sitcom Joan Knows Best to add to her long string of successes as both actor and model.  Dominica epitomizes the profession and excels at both her modeling assignments and her acting endeavors.  Her resume’ is extensive and her photos are amazing, shoot after shoot after shoot.  See her portfolio for the ongoing proof.  A world traveler hailing from Sweden and educated in London, Dominica brings vast life experience to her modeling and acting and we are very proud of her.  Watch Dominica and see what happens with her next!

So there I was running an errand at The Grove in Los Angeles, rounded a corner, and came eye-to-eye with a stunning blond with intense blue eyes.  Totally out of place at The Grove, she was dressed in the very prim and proper uniform of a PanAm stewardess—then I saw the set and the cameras for the TV show promotion and the lines of people waiting to be photographed with her.  The color of the uniform was the exact same color as her eyes.  Days later, we agreed to work together and now the beautiful Kristi is well on her way to a great career as a model and actor.  The Schwarzkopf Company, headquartered in Germany, recently hired Kristi to help launch their new hair product BlondMe to America.  She was one of over 300 models vying for this fantastic opportunity and as you can see from her book, she was an obvious choice.  Nice work, Kristi!

This month in Company News we would like to introduce Chelsea.  Hailing from the snow country in Northern Utah, she was born in Arizona on a 127o day, and has been on fire ever since.  The baby in her family, her nickname is Chookee (chewkey!).  Despite her amazing appearance, Chelsea is one of those girls who has always been one of the guys; and this team-player attitude of cooperation carries over directly to her modeling and acting career.  She has been dancing since she was four years old.  Tall at her age, she is captivating to watch—especially when performing Ballet and Lyrical interpretations—and her Jazz and Hip Hop pound with energy.  She has won various awards for her solos, duets, and with her competition dance team.  Her résumé includes numerous dance workshops from all over the western United States.  She puts into action her passion for the Fashion and Entertainment industry, serving as teen board member for a formal dress shop.  In her early twenties with blonde hair and brown eyes, she moves magnificently on the runway and shoots devastating photographs.  Look for more of Chelsea very soon; she hit the scene brilliantly and will be in huge demand.